The German-language document you may find here! 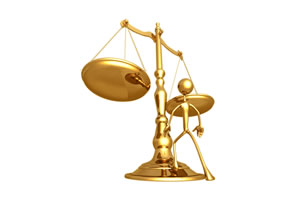 Enclosed I am sending you a letter in order to provide a basic information on the matter and commission of the Lord to many public bodies, so that in the event of a cultural shock, which will certainly take place via TV, the public will also be able to see that there is a relatively safe, but rather difficult way out with prospects for the future.

As noted in this letter, at least five hundred people in the Caribbean island states have been killed by tidal waves in recent days.

The flooding hit the poorer people from the outskirts of the tourist islands, who apparently were not warned in time, as the heavy rainfall certainly did not come quite suddenly as a huge tidal wave to the inhabitants, but the downpours extended over several days, so that it will probably always be the weak and the destitute at first who are at the mercy of this weather phenomenon, whereby my person is quite deliberately not writing about a natural disaster, but about the weather.

The storm certainly did not come about by chance, this amount of precipitation probably had an unnatural cause, which you and people from your category would certainly first deny* and would have to confirm in about forty years, provided that the earth would continue to exist for another forty years.

If it were not for my person, among others, who has a well-developed warning system, the earth would probably not live very long.

From my person's point of view, it was a greenhouse effect, which together with an uncontrolled clearing of the hills and slopes, and even many children, who were only at the beginning of their lives, were swept to their deaths as a result.

These people had to rely on others, people of your category who, for expensive money, could acquire a sound knowledge of the interrelationships and interplay of meteorology and doctrines of atmospheric and environmental science*.

It was about an unusual amount of rainfall that collected in the Caribbean and erupted there, but how these downpours could have originated and where the rain clouds came from, only people with your possibilities and abilities will be able to work that out in order to then take a clear stand and not, as has been the case so far, in a token function to support a boost for insatiable commerce* (e.g. tourism, car industry) in order to then draw a kind of hush money as meteorologists.

You and others have got on the track of geopsychology due to the insatiability of others and will still lose the connection if you yourselves will not change the course in time to earth atmosphere and meteorology and continue to simply ignore such happened warning signs of the weather.

The people who are hit will no longer be alive as a result, but perhaps other people will be spared the same fate by the profession as a meteorologist, because that is what you and many others are equipped and paid for by means of very expensive equipment!

My person can only hope for her requested tools of the trade; which include an Monumental Cudgel and .........*

In the meantime, the ways for the implementation of the basic decision should be initiated and taken, which should also be supported by experts.

Text has been slightly changed and corrected accordingly.* 6 September 2021.*

Abstract of the Internet

Over 500 People killed in Flood Disaster

Floods in the Caribbean have killed at least 500 people, according to the latest figures. In Haiti alone, at least 358 people died in the floods, the civil defence authorities of the island nation announced on Tuesday. Hundreds of people were missing. In the neighbouring Dominican Republic, at least 144 people died, according to the civil protection authorities there. Agriculture also suffered considerable damage during the days of rain.

In the Haitian town of Fonds Vérettes alone, two hours' drive northeast of the capital Port-au-Prince, 158 people died in the floods, the civil protection agency said in its preliminary assessment. In the southeast of the country, on the border with the Dominican Republic, at least two hundred people were killed. Authorities expect the death toll to rise further.

Reporters from the AFP news agency who had made their way to the flooded area had to turn back because the roads were impassable. Further to the east of the country, journalists saw numerous bodies washed up in the floodwaters, according to residents of Fonds Vérettes. According to eyewitnesses, the village was completely destroyed.

Uncontrolled Deforestation as Cause

Haiti's interim president, Boniface Alexandre, and head of government, Gérard Latortue, visited Fonds Vérettes, which was hardest hit by the continuous rains, to assess the situation. International aid agencies and leaders of the US-led multinational force also went to the disaster area. The president promised short- and medium-term aid to the residents, while the prime minister reiterated his intention to investigate the causes of the tragedy. Above all, uncontrolled deforestation was to blame, Latortue said.